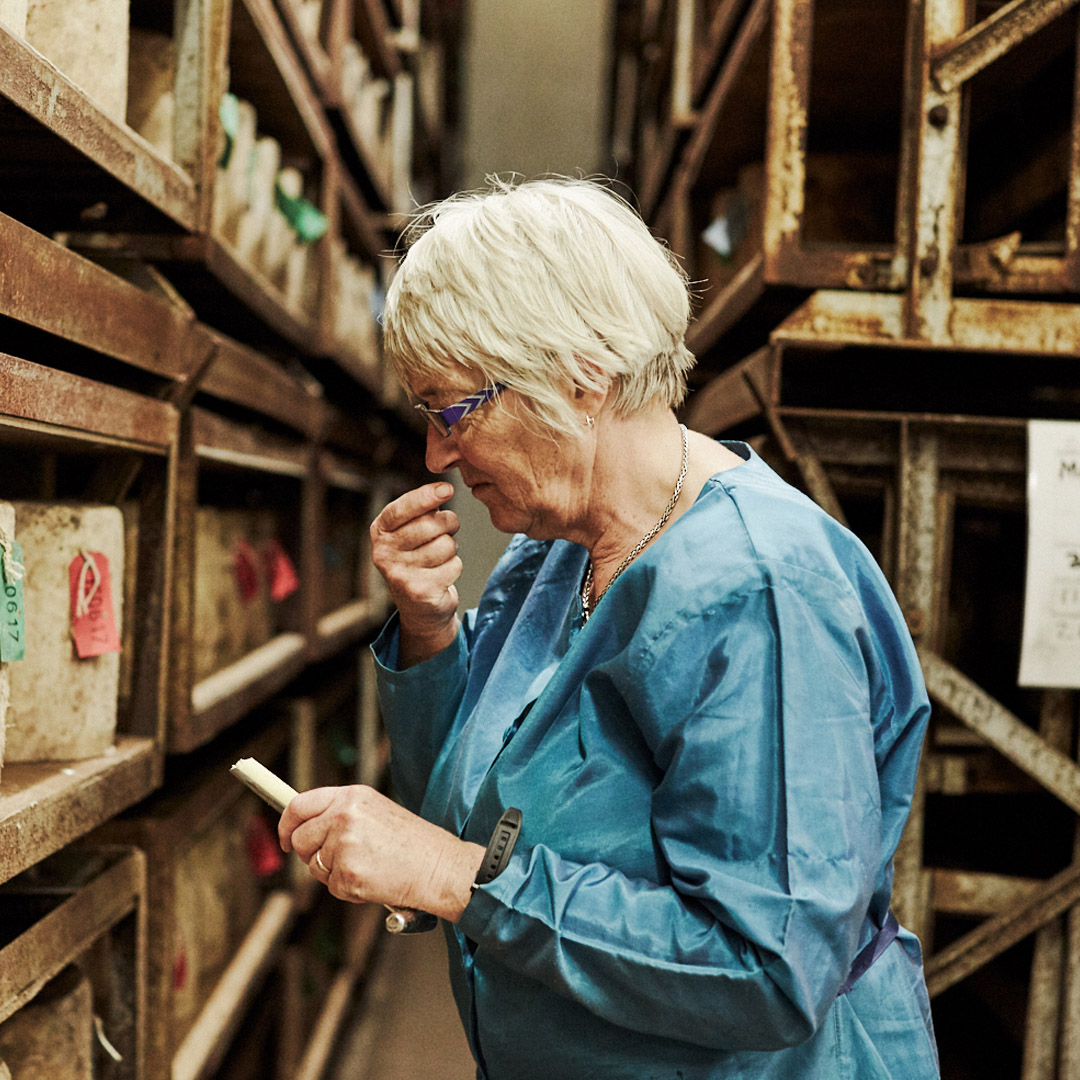 In celebration of International Women’s Day, we have chatted with some of the most influential and inspiring women in cheese.

Quicke’s Home Farm has been a staple of Devon life since the 16th century and under the watchful eye of the fourteenth generation owner, Mary Quicke, it is where one of the best cheddars in the world is produced. For her dedication to farming and cheese, she has been awarded an MBE and the Exceptional Contribution to Cheese Award at the 2015 World Cheese Awards.

As great wine starts in the vineyard, great cheese begins in the paddock. Mary’s herd is a mix of breeds. Like a master blender, she has developed her milk recipe to get the right balance from each breed and the land. Her herd is magnificently mosaic with 10% Montbeliarde, 33% Scandinavian Red, 2% Brown Swiss, 33% Kiwi Holstein, 9% Friesian, 10% Kiwi Friesian and 3% Jersey. Mary and her team have a great connection to their land, their animals and the crops they graze upon. The welfare of the Quicke’s herd is of utmost importance to the cheese they create and to the wellbeing of the land.

Alongside cheese making, Mary understands her important role as the steward of Home Farm, a responsibility on which she thrives. This includes protecting over 200 acres of grassland to protect key species, as well as caring for ancient orchids and skylark nesting sites. The River Creedy at Home Farm is one of the last remaining havens for the White Clawed Crayfish in Devon. By creating species-rich buffer strips at the margins of their land, they are helping to protect watercourses like this, enhancing them as habitats for lesser known locals like the crayfish.

Quicke’s may be famous for their traditional clothbound cheddar but they also produce one of the world’s best examples of goat cheddar alongside their home smoked cheeses and Devonshire cheeses. Their Elderflower Cheddar is also a must try, which flies out of our counter throughout the summer.

How and why did you get into cheesemaking?

My Mum started cheesemaking in 1973.  My father has a childhood memory of the milk buyer in Exeter telling my grandfather that he didn’t want our milk, and he always wanted to make cheese.  My parents applied to the Milk Marketing Board for a licence to make cheese in the mid-’60s. By the time it came through, my Dad was involved in agricultural politics, and my Mum took it on while raising 6 children.

So many people. My parents. My team. My customers, who’ve done extraordinary things in this extraordinary year.  Academy of Cheese, creating a whole new conversation and understanding about cheese. 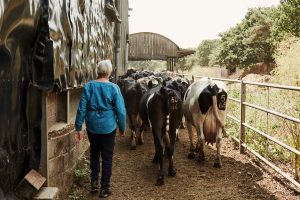 What are some of your favourite cheeses?

Oooh, so many.  Ours, of course.  Anything by White Lake Dairy and Colston Bassett stilton.

Do you have a favourite recipe for one of the cheeses you make?

1/3 Quicke’s Mature Cheddar, grated, 1/3 Quicke’s Whey Butter, 1/3 plain flour, a pinch of mustard. Mix in a blender, form into a long sausage, chill in some greaseproof paper (it’s quite sticky), cut into thin slices, put on a baking sheet, bake till golden brown (10 minutes at 200ºC), cool on a wire tray.  They are some of the most luscious cheese biscuits ever.

Quicke’s Motto is “FARM LIKE YOU’RE GOING TO LIVE FOREVER”. We fully expect Mary’s legacy to truly live on forever.

Quicke’s Extra Mature Cheddar is handcrafted and cloth bound, then aged on wooden shelves for 18 to 24 months. Less farmy, and creamier than other traditional cheddars, but still retains a moreish brothy palate with a big kick at the end. A staple in our cheese counter and a cheese often featured on our cheeseboards.

You can buy Quicke’s Cheese here.

Visit www.quickes.co.uk to learn more about Mary and her team.